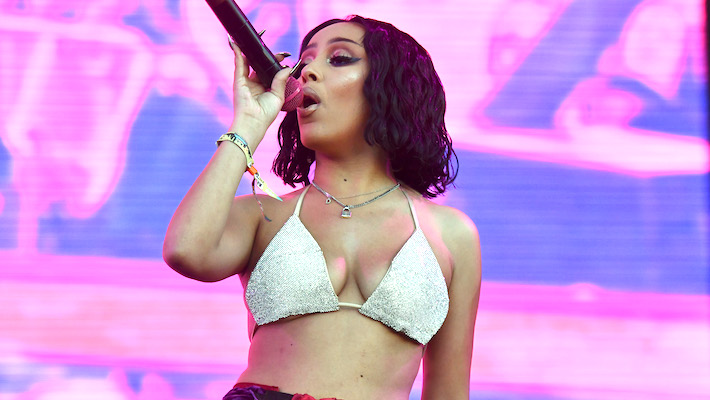 It’s been almost a month since Doja Cat issued an apology after controversial videos and songs from her past resurfaced. But the singer has not yet pronounced her last words on the situation. On Tuesday, the singer took to social media to shame those who continue to accuse her chat friends of racial slurs.

In May, clips surfaced of video of Doja Cat chatting with a group of mostly white men, whom many have labeled as white supremacists and members of the Incel (involuntary celibacy) subculture. While Doja Cat has apologized for her past insensitive remarks and any hurt she has caused fans, the singer continues to dispel rumors that her chat friends are racist or sexist.

The singer hopped on Instagram Live to staunchly defend her online friends and challenge those who are still trying to undo her:

“I just realized how stupid this story is. I just realized that. The things, the verbal harassment, the physical harassment, that I might experience being in a crowd of white supremacists, who you think I’m such good friends with. It’s fucking ridiculous. My friends aren’t racist on chatrooms. My friends on Tiny Chat aren’t fucking supremacists. They love me, I love them. They love each other and that’s it. And you won’t find anything on them because you’re really stupid. Your actions are stupid. You may not be stupid, you may be smart. But your actions say nothing. It is just what it is. You are really disappointing. That’s not how you fight problems. And if you think you are, then you have to grow up, and I’m sorry. I’m sorry you’re dumb right now.

Doja Cat responds to people calling her a white supremacist on Instagram Live:

“My friends aren’t racist on chat rooms. My friends on Tinychat aren’t white supremacists…and you won’t find anything on them because you’re stupid! pic.twitter.com/pvHWp5kzik

Watch a clip from Doja Cat’s Instagram Live above.