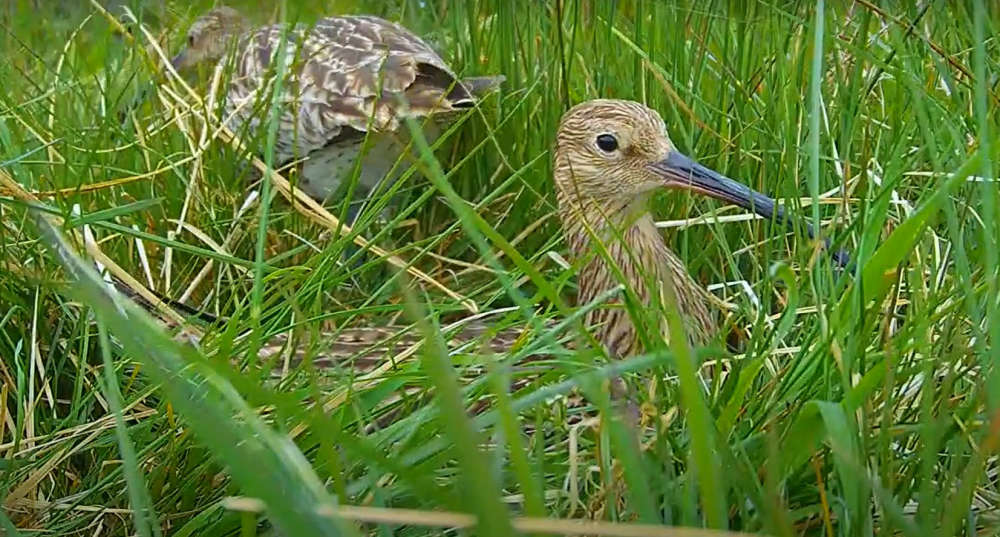 The curlew is the largest European wading bird and is instantly recognizable by its long, down-curved bill, brown upperparts, long legs and evocative call.

RSPB NI, the leading conservation charity, is shining the spotlight on one of Northern Ireland’s most endangered birds, the curlew, for the second year in a row, thanks to its latest wildlife camera project, Curlew LIVE .

A hidden camera has been successfully installed near the nest of these endangered birds in the Hills of Antrim. Last year, thousands of viewers around the world watched RSPB NI’s first Curlew LIVE camera, to follow the bird soap opera as it unfolded. This year, the charity is once again giving nature lovers side seats to watch the hottest reality show in town.

Katie Gibb, RSPB NI Conservation Manager, said: “The images we see are breathtaking. The stars of the show are Luna and Bill – named after one of their most distinctive features, their crescent moon-shaped beaks. At this time, they take turns to incubate their four eggs. It’s addictive viewing, and over the next ten days the drama will truly unfold. Viewers will see the romance, hear their melodious voices, and look forward to their fluffy chicks hatching”

“Curlews are a species that people really connect with emotionally, they are associated with folklore and wild, expansive landscapes. When you log in, you’ll find it’s hard not to fall in love with them. Already their personalities shine through, Luna is quite the character, she’s a spunky woman who doesn’t get disheveled easily and her partner Bill is a devoted parent, who will happily take on the night shift.

Katie added: “Unfortunately these special birds are in dire straits and could be extinct here within the next ten years without our help. Their numbers have declined by 82 per cent and we believe there are only 250 pairs left in Northern Ireland. .

RSPB NI works with landowners, farmers and local communities to help them change their plight and secure the future of breeding curlews in the Antrim Hills and Lough Erne through the Curlews in Crisis project; a four-year LIFE Nature project funded by the EU LIFE programme, the Environment Agency of Northern Ireland and other UK statutory bodies. Curlew LIVE Cam 2022 is funded by the Curlews in Crisis project.