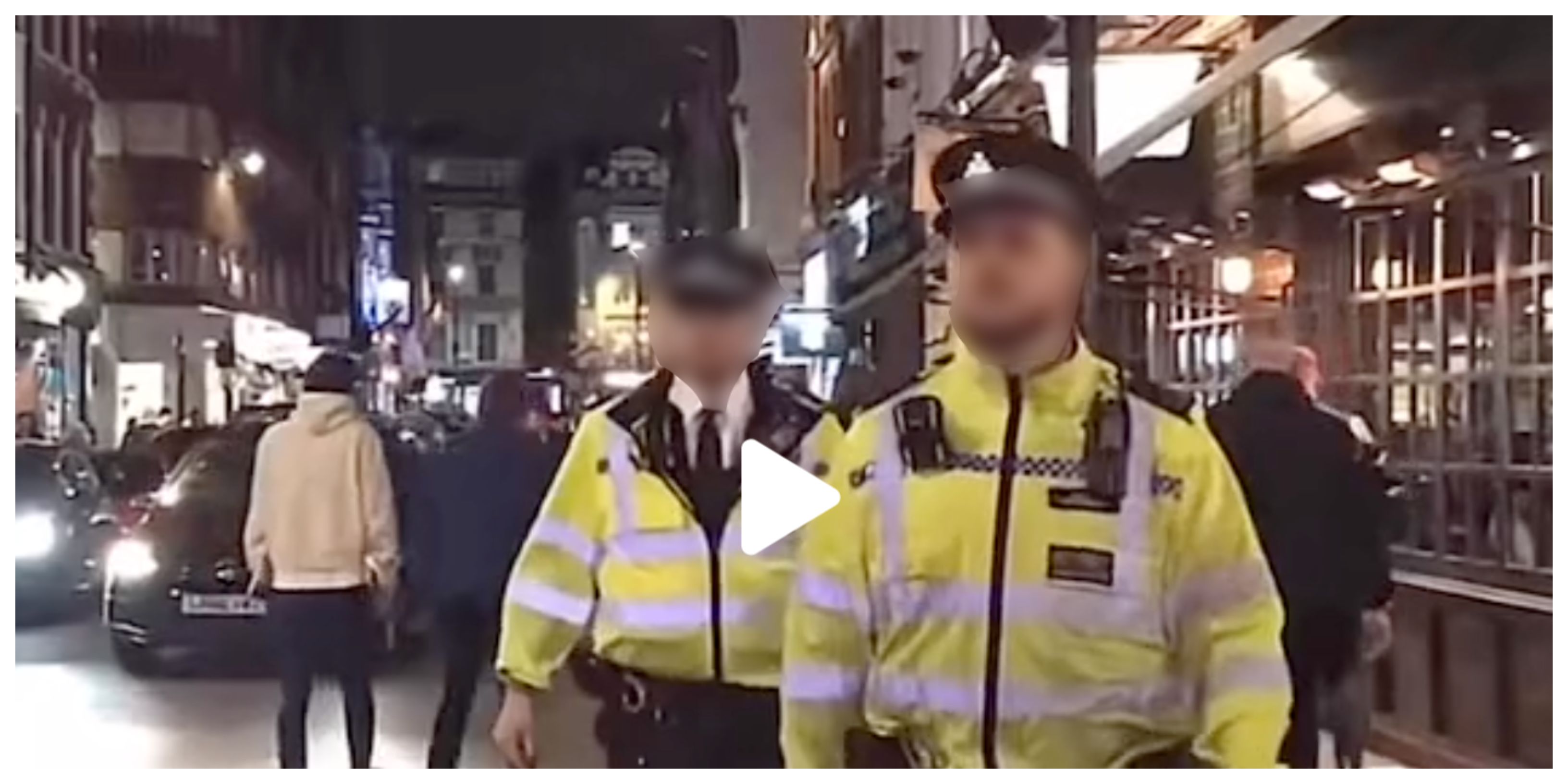 A ‘social experiment’ which was set up in London captured the moment officers realized they were being live-streamed to millions of TikTok users.

The iPhone used to livestream the event had been connected to a battery before being placed in a “secure” box.

The box was then attached to a lamp post in central London, with the footage streamed live on a TikTok handle called “LiveLab”.

Viewers were then treated to footage of revelers walking past the iPhone box.

A handwritten note above the black box informed passers-by that the camera was on, with a message that read, “Say Hello, Live TikTok.”

At one point during the stream, several Metropolitan Police officers found themselves standing next to the “hidden” camera.

The officers, who patrolled on foot at the time, initially did not realize that their every move (and word) was being broadcast to a potential audience of billions.

After a few moments, one of the agents realized the box was there and they had inadvertently become the stars of the show.

Officers arranged for some colleagues to come to the scene with a pair of bolt cutters so the box could be removed before being ‘escorted’ to a local police station.

The LiveStream lasted about five hours before the box was removed.

As officers returned to the police station, they found the account that was streaming the live footage and began reading comments left by viewers.

On a later video that was made of the “incident,” a TikTok user commented, “That was so funny! I commented during the live ‘Where’s Liam Neeson, we’ve been taken!’ and they read it!

The iPhone and battery, estimated to be worth around £200, have been reserved at a central London police store where they can be collected by the rightful owner, should they decide to break cover and get the equipment…

One of the reasons we launched ‘Emergency Services News’ in 2018 was that we were tired of reading misinformed stories about emergency services and the NHS which only ever seemed to highlight the negative aspects of the job .

We want to be the untold voice of the remarkable men and women who serve in the emergency services, NHS and armed forces. And with around 500,000 page views every month, we’re getting there!

While advertising revenue, the main source of income for most publishers, continues to decline; we need your help, our readers.

You can get emergency service news from just £1. It just takes a minute. Every contribution, big or small, is vital to our future.

Help us continue to shine a light on the vital work of the emergency services, NHS and armed forces by becoming a supporter.